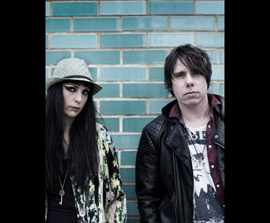 â€‹
El Born are a London based pop duo.
Their new album was produced by Chris Potter (The Verve) and Dom Morley (Amy Winehouse). The band has already been featured in publications such as Q, Loaded and Music Week.
They describe their sound as pop songs with testosterone and an adrenalin rush – “Think John Mayer meets Jack White, meets Ryan Adams – with a box of grenades!”
Their new single, “You Made Me”, has even been championed by BBC London’s Gary Crowley.