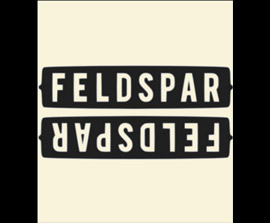 Donâ€™t be beguiled by the wry smiles Feldspar sport on stage; this is a band that deals in heartbreak and bitterness, anguish and redemption.
This Autumn sees Feldspar release four singles in four months, from September to December, as part of their Compass Tour which will take them to the North, East, South and West of the UK.

The four singles run the gamut of emotion dealing with lust and heartache, anger and euphoria, something which is reflected in their live show, at times excruciatingly hushed and desolate, at others anthemic and blisteringly powerful.
With songwriting from the folk-revival tradition – Dylan, Cohen, Nick Cave are all big influences – but a musical background that includes folk, blues, prog rock, and classical music, the band fit well with the new generation of lyrical indie rock bands, drawing comparisons with early Radiohead, Villagers, Arcade Fire, and The National.