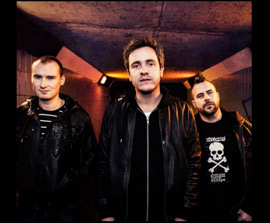 Hope For Return are a three piece alternative rock outfit, formed in early 2013, hailing from The Black Country in The West Midlands, UK.

Blending catchy vocal hooks with a unique alternative rock sound, along with an underlying punk rock attitude, the band are set to release their debut single in March 2015, with plans for a follow up single and album all set to take place later on in the year.

Having already made their mark in their local area with energetic and unforgettable live performances, the band are looking to branch out further afield over the coming year, with bigger gigs and festivals in their sights.

Much lies ahead for Hope For Return in 2015, so keep a watchful eye for more information.