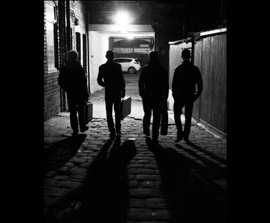 The Leathernecks are a fast-paced indie rock band from Rotherham.
.
The band draw musical influences from bands such as The Strokes, Arctic Monkeys and The Libertines whilst blending in lyrical juice akin to The Courteeners and The Raconteurs.
.
Obvious comparisons to the Sheffield band Milburn also work in the bands favour.
.
The 4 piece formed in late 2013 and aspire to release their debut E.P early 2015, whilst gigging around the UK showcasing their energetic, hard hitting good time tunes.