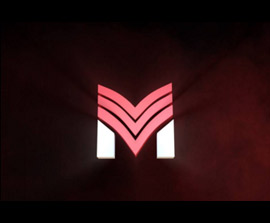 Originally Aaron Miles and Ashley Miles formed their first band Military Arcade in 2008, spending 2 years in Cornwall writing and rehearsing with Mark Bilton (Burning Down Vegas) as their drummer.
In 2012 the band began performing live and won a local Battle Of The Bands earlier in the year. The brothers decided to carry on the band with Tom Hutchings on drums through to 2013 following winning an Exposure Music Award for Best Live Act UK.
2013 saw the bands first ever UK tour, their song “Why We Fight” being used in an American motion picture “I Am Super”, and an electric performance in Brussels, Belgium. However it also saw the departure of drummer Tom Hutchings after issues with direction, commitment and contracts.
In 2014 for 11 months Aaron performed solo and with Daniel Owen, Dan Curtis, Paolo Gobbi and Lance Kirton playing drums in the band Late Arrivals, Ashley met Daryl Molloy and Alex Mulliner to create Occupy!

After a turbulent Autumn, Aaron and Ashley got together with Late Arrivals bassist Daniel Owen, and Occupy! drummer Daryl Molloy to start the band fresh and new under the name The Military Arcade. Merging the back catalogue from the brothers projects Military Arcade, Explorers, Aaron Miles solo project and Occupy!
The brothers are now both on lead vocals.