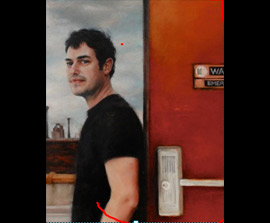 Ben Arthur is a singer-songwriter and novelist. His upcoming new release, Call and Response, is a collection of â€œanswer songsâ€ responding to other artistsâ€™ work. As well as responding to songs by the Rolling Stones (â€œSympathy for the Devilâ€) and Bruce Springsteen (â€œAtlantic Cityâ€), Ben also wrote and recorded songs answering short stories by Joyce Carol Oates and Alice Munro. Ben even had the thrill of collaborating on songs co-written with bestselling author Jonathan Lethem (â€œMotherless Brooklynâ€) and celebrated short story writer George Saunders.
Ben has released six previous albums and two novels, has toured throughout the US and Europe, and has performed on national television and syndicated radio. He has shared the stage with artists including Dave Matthews, Tori Amos, Bruce Hornsby, and Toots and the Maytals, and has licensed his songs to ABC, CBS, Showtime, Lifetime, and PBS.
Ben is also the host and a producer of the web series SongCraft Presents, in which he writes and records a song with a featured artist in the course of a day. Guests on the show have included John Wesley Harding, Ben Sollee, Sean Rowe, Vienna Teng, Ximena Sarinana, and many others. Ben, along with Rob Reinhart of the syndicated radio program Acoustic Cafe, will present a second panel around the series at SXSW 2015.