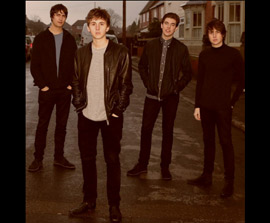 The Sherlocks are a British indie / alternative band from Sheffield. The band consists of two sets of brothers:

Head of BBC Radio 1, George Ergatoudis â€“ â€œThis band have got it. TheSherlocksUK LOVE this trackâ€.