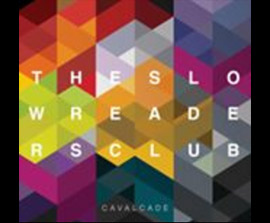 The Slow Readers Club are a Manchester based Indie / Electro band who’s output ranges from insanely catchy upbeat indie to angry, introspective downbeat ballads, whose music has drawn comparisons with Interpol, The Killers and Arcade Fire.

Their critically acclaimed Debut album relased in May 2012 has had airplay on BBC 6 Music, BBC Introducing, NME, Q Radio and NME TV, Sky Sports and ITV.

The band includes three former members of Omerta who released three critically acclaimed and collectable singles and whose XFM live session earned them a top five place in the sessions of the year.

The Slow Readers Club have been building a loyal local following from appearances at The Deaf Institute, Night and Day and Friends of Mine festival amongst others. They have also had great support from DJâ€™s at Manchester’s biggest Indie night clubs 5th Avenue and 42 Street.