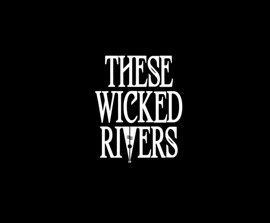 These Wicked Rivers. A band returning to their roots. 4 men who have gone back to what they were brought up on. 4 men now playing music they adore. These Wicked Rivers are Derby’s newest, 4 piece Blues/Rock group, born from one man’s desire to simply see if his own music could be performed in a band environment. Singer/Songwriter John Hartwell (Vocals and Rhythm Guitar) invited his former band mate from CirclesenD, Dan Southall (Drums) to his house to offer his opinion on some music and lyrics he had written. Neither of them knew that this would be the start of These Wicked Rivers.

Immediately impressed with the material proposed, it was suggested that John and Dan return to a practice room to play those songs through in the environment John was wanting to venture back in to. Several rehearsals later, it was time to invite other musicians to join the pair. Bassist Jon Hallam (Guided By Fire) joined up for a jam and was also instantly impressed. A Lead Guitarist proved problematic to come by however, but eventually they found a talented young man, wanting to showcase his considerable guitar playing ability. That young man, was Arran Day.

These Wicked Rivers have rolled in to town.