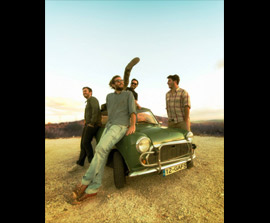 The band are heavily inspired by the independent rock and garage music scene.

After several independent releases and their first official video clip for the song “Madame”, they just released a digital single called “Never stop on yellow lights” which has already received great feedback from many indie blogs around the globe.