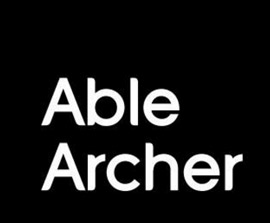 Able Archer are a five piece band from Dublin.

Described as a mix of Depeche Mode and Soundgarden… the members of the band have graced the Irish music scene in some shape or form over the last 10 years in a range of different guises (The Resistance, Greenbacks, Fuzzy Empire).

Formed in late 2011, they released their critically acclaimed debut â€œBulletsâ€ EP in April 2013 which was followed by a tour of the UK & Ireland in Summer 2013.

2014 saw a new twist and direction for the quintet with the release of their explosive single Ghostmaker.

Receiving incredible reviews from the UK and Ireland, the single hit the heights of the Irish rock charts at the start of April 14′ and with the release of their new EP in the summer â€“ the band expect a storming finish to the year.