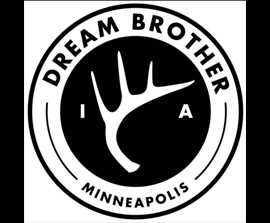 The Dream Brother story started in the end of 2008 when singer Samuel SjÃ¶man moved to Helsinki from the city of JyvÃ¤skylÃ¤ in Central Finland. He was looking for a new band and members for his yet-to-be named new project, with the clear vision of making good songs. In January 2009 he happened to meet Teijo JÃ¤msÃ¤ (ex-Killer drummer aka. drummer of rock band Killer Aspect) in Thailand where they both were on holiday. A few months later Teijo suggested recording some drum tracks for the demo songs he considered to have the most potential, and after that he helped to find some skilled players for the band.

The name “Dream Brother” was established in December 2009, and shortly after that the guys decided to start making more songs together. In 2010 Teijo was busy touring all over Finland with several other bands, and things were quiet on the DB front apart from writing new songs, recording demos with different musicians and friends and searching for the correct missing pieces for the puzzle.

In the autumn 2011 they asked Teemu Aalto to produce two songs and take part in the recording as a session musician. He accepted the offer and joined in for the session that took place in the end of 2011. The line-up also included the band’s friends Mikko Nikula, bass (ex-Guava) and Mikko Virta, guitar (My First Band, PMMP). Two songs, titled “Heart” and “The Way Out Of Here” were recorded at Studio5by5 in Helsinki in two days (one day was used for rehearsal and one was spent in the studio). After the session Aalto was asked to join in as a permanent member of the band.

In June 2012 they started the pre-production of their debut album in Kotka, and in late August 2012 recording started in Alaveteli at Studio-57, only two weeks after bass player “Jarkkis” Jarkko Toivanen had joined the team. The mixing was finished in March 2013. In fall 2013 Teemu decided to concentrade more his own company and his job as a producer at Studio Korkeakoski and leave The â€spotâ€ open wide.